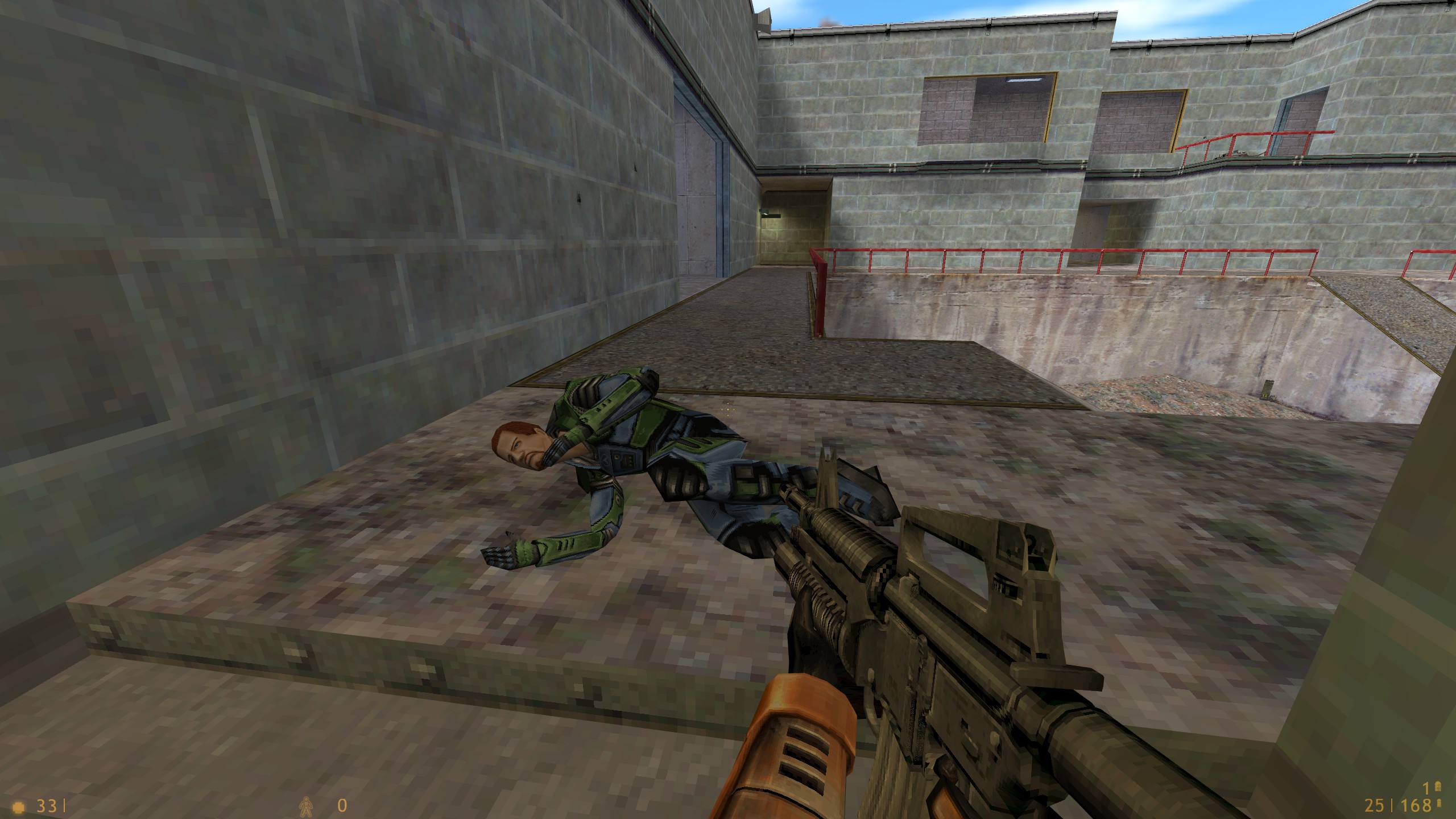 Christmas is coming really soon, and as a present, we have made some changes on all our GoldSRC servers.

We have increased the server ticrate on all our servers to the following:

Originally all of our servers had their ticrate set to 125, but after some testing, we have decided to put them to 500 for some older protocol-based games, and 1000 for the original Half-Life.

We have changed the teams available on all of our Teamplay servers:

We’ve noticed that players would be more entitled to start populating our servers with smaller or popular maps rather than playing on a random map that might not being friendly for everyone.

We have then changed our empty maplist to reflect desired changed for players.

This applies to both Half-Life and Opposing Force on FFA servers.

Half-Life is a really hard game for newcomers. We all know the Gauss is overpowered, that the Long Jump makes the game unbalanced, and as a result it makes people want to ragequit the game very quickly, because it’s simply not fun for them.

Some just want to have brainless fun when playing the game regardless of their skill level, but they don’t want something that changes the game drastically, like Severian’s mod. So we currently are working on a small modified server project that attempts to be as enjoyable as possible by doing the following:

Expect this gamemode to appear in early 2023.

By Ch0wW
0 Comments
Categories:
Prev Next